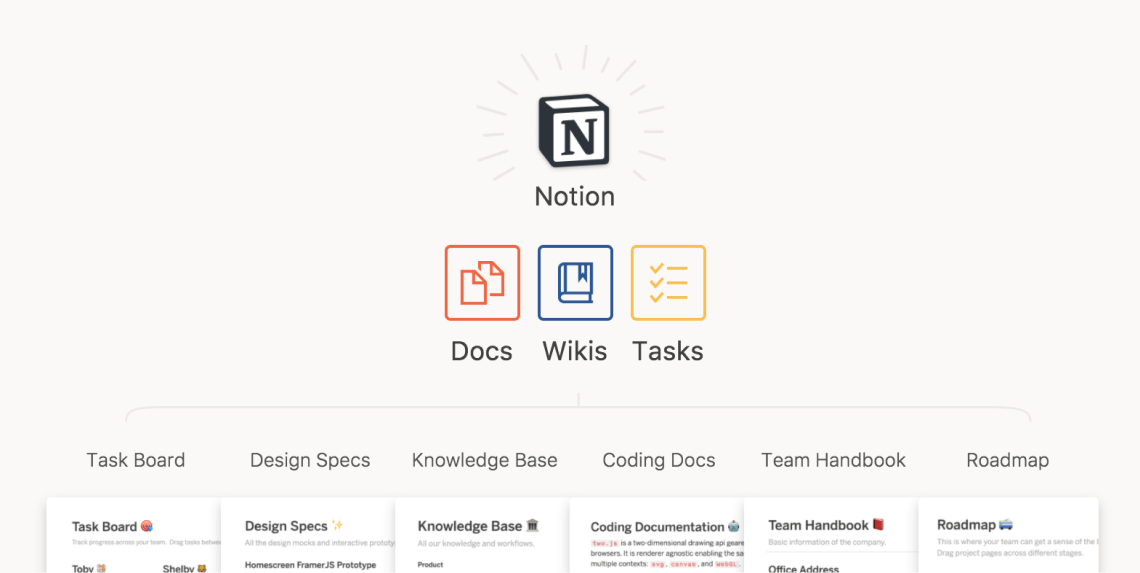 Notion – One of its first kind, to satisfy your multipurpose needs. This is an app which can create varieties of flexible content like words, todo list, tables, images, file links, wiki, lists, inherited file chunks, road maps, calendar and what not? within one page. Really a comprehensive solution to manage and organize any type of regular data that we use in our day to day life.

With these, Notion claimed that it can replace most of the tools that we’re using today.

With Notion all your work is in one place.

Notion – All in one productivity app

Of course, it has the ability to do the job of Google Docs, Evernote, Todoist, Dropbox Paper, Trello. That was my first opinion. Using notion for a couple of weeks, the impression was great. Mainly because I haven’t seen an app like this to organize my data so far. It is incredible to put every kind of data, in any form in one place, on one page. The flexibility to change things inside it, changing the look and feel, wow. Especially, when I insert a table, it was not just a table, it works like an ‘Excel Sheet’ or ‘Google Spreadsheet’. I can filter, order and manipulate data like I do in Spreadsheets. But no, it doesn’t support formulas and other advanced options.

For document creation, yes, it can replace your document writer unless you don’t want to take a print out of it in a standard format. But for digital note-taking, only to maintain a doc digitally, then notion is a complete replacement for that category tools.

Yes, it has plenty of limitations. It is not a hardcore replacement for every other app they claimed. No, it can’t do the entire job of Evernote, not even Todoist. But it is a potential competitor and replacement for Trello, Google Docs, Dropbox Paper and any Wiki’s.

Consider Notion as a recipe, that borrowed few ingredients from every other productivity tools here and there, wisely the core and basic ingredients. Apparently, it is not the complete mixture. 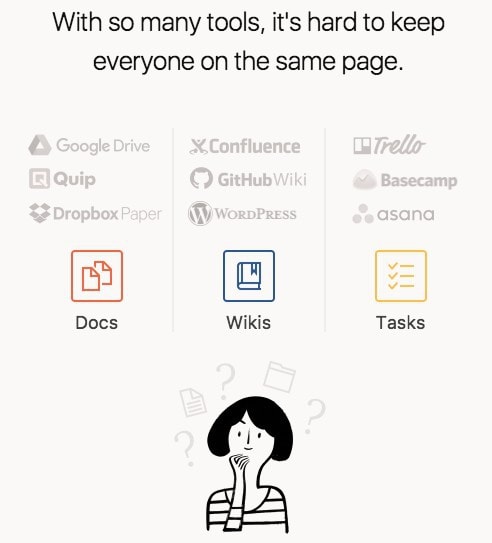 Partially Replaces Other Apps – In one page [Edit: Spreadsheet & Tables are not added in the picture – Please imagine that it is there 🙂 ]

I will do a separate apple-apple comparison in future posts, and explain to you why it can’t replace my current daily runners like Evernote & Todoist. One thing is sure, I am going to stick on with ‘Notion’ for another few months, maybe forever. Most probably, it will replace my ‘Trello’ and Notion gives 1000 free blocks (according to Notion, a block is a unit of data type, an image, a text area, a checklist item, a cell item in a table and so on) to try it, so far I only used 12% of it. Hope that is enough to try it and gauge its performance. If it worth $4 per month (for my kind of needs), I would go for it.

101 per cent. I recommend it to everyone. You may take a while to understand how it works, once familiar with the flow, it will take to the zen level to organize your content. Stick on to it until you get it, if you’re a regular user of Evernote and Trello, it will be easy to jump in.

Using Notion? Why not rate it below? Tell your opinion in comments.