Uninstall SHAREit now. There’s better app to Save space, Share files and to do much more 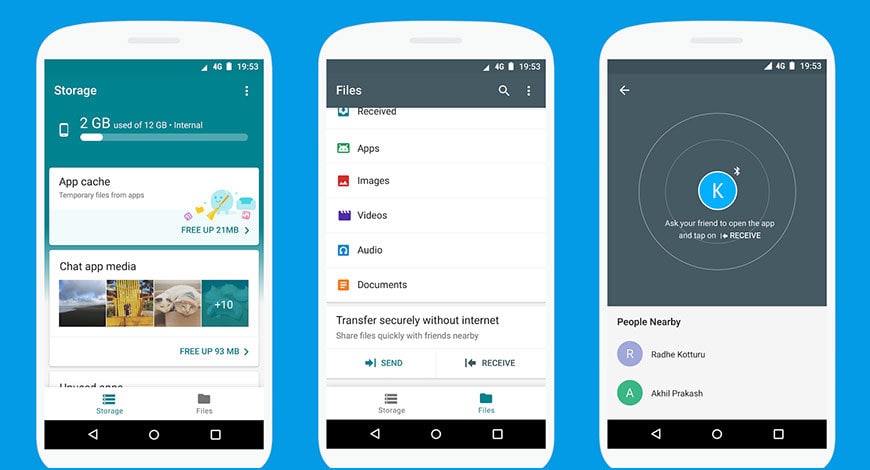 Around this time last year, I covered an article for Alvistor when Indian Government classified 42 Android apps as Spyware. Unfortunately, in the list, the very popular app SHAREit managed to take top position. Soon after that, I dumped SHAREit and tried many alternate apps. Even though many other apps satisfied me functionally, one issue I faced all the time in every app I tried is its familiarity among my peers.

I am convinced to go back to using SHAREit again only because of every other guy around me is using it. Since then I was looking for an app that works for me and too for others, which has features enough to convince others to try it and use it. Eventually to replace SHAREit. I am surely not against SHAREit, but for some reason(mainly due to privacy-related), I don’t want to use it myself.

A few months back Google has come up with a wonderful app to replace SHAREit. It has the ability to share files offline similar to SHAREit, but it does more than what SHAREit can do. You can manage all your files in one place, remove redundant files, save space by deleting categorically organized files, finding files faster than ever, even find least used apps and uninstall them directly to save some space.

The algorithm that segregates and groups the unimportant files like trivial WhatsApp forward items like gifs, memes to duplicate files is backed by Google’s AI algorithms. The AI suggestions are more accurate and very much intuitive to take actions.

The name of the app is “Files Go” and you can read more about this app at its official site. Time to dump SHAREit and run Files Go in your android.