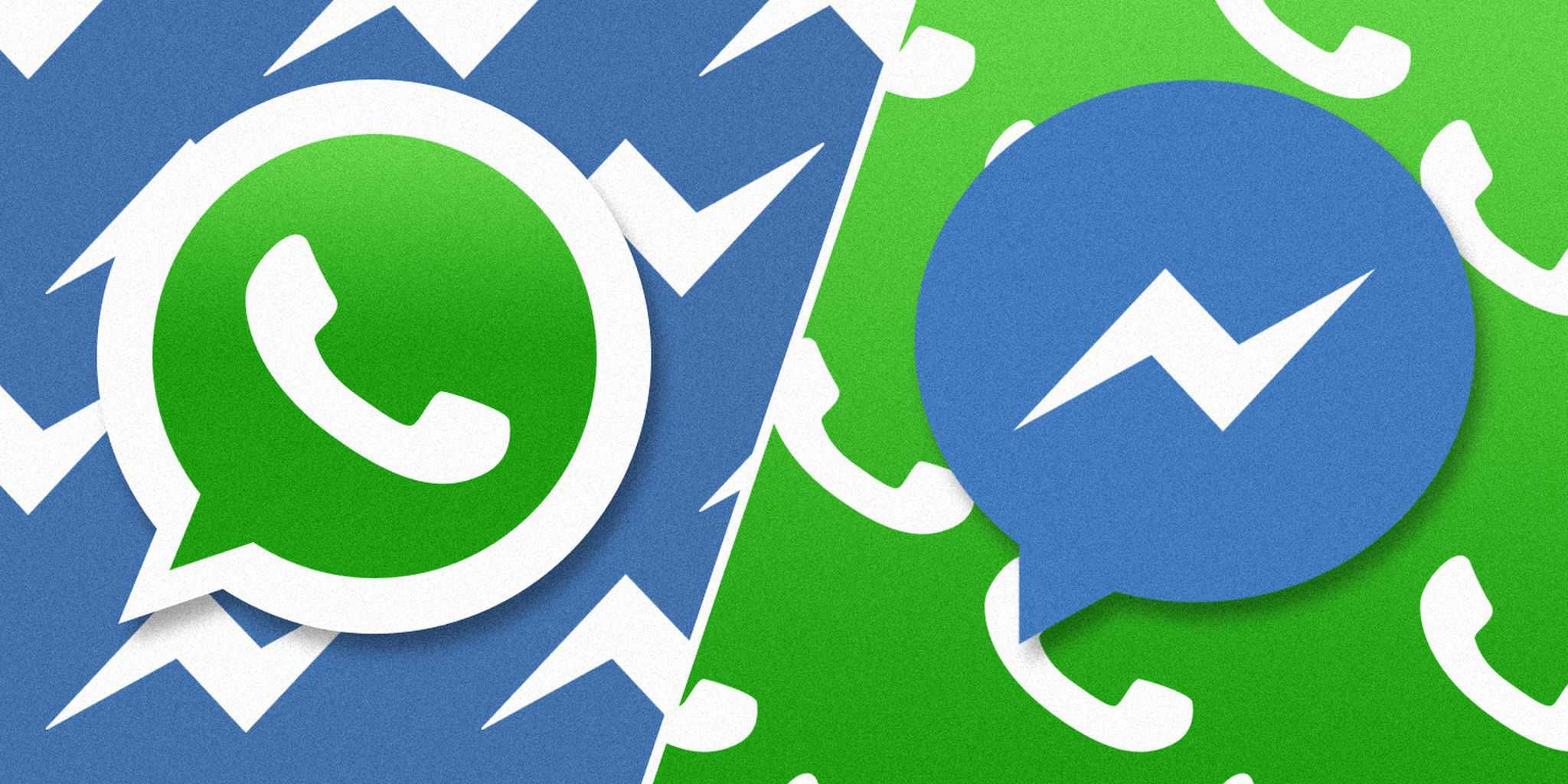 Messaging apps have been nourishing our way of living day by day. Long ago, when one person needs to talk to another person they have to send the message through the letters (khat), which probably might end up taking weeks before sender receives a reply. But with the advancement in technology mobile phones came into the market which let you send messages but at a price. The trouble later, raised the need of messaging apps that are free of cost and are received to the receiver immediately. Then, came our smartphones that were provided messaging apps that only take some amount of our internet data to send the message. Here, I am talking about the messaging apps such as WhatsApp, Facebook Messenger, Hike, and much more. These messaging apps have made our lives easy. With just clicking on the send button, we can instantly send our messages to another person.

Facebook Messenger and WhatsApp are both, a messaging app. The only difference between them is the way how we are supposed to use it. Facebook acquired WhatsApp for $19 billion in 2014. Since then, WhatsApp didn’t witness any decrement in its users. Mark Zuckerberg in an interview said, “Facebook is not going to touch with the current interface of the user and will keep on providing users with more unique features.” Facebook also owns FB Messenger, which also is a messaging app. But both of the messaging apps work independently. The basic debate is what is the difference between these two. In this article, I will help you choose any of the two apps as per your requirements and convenience.

I am here enlisting 5 main differences between both of these apps.

WhatsApp provides you a lot more privacy than Facebook Messenger app. Your messages are secured from third party. WhatsApp uses ‘end-to-end’ encryption mode that allows the messages to be viewed only by sender and receiver. In matter of security, WhatsApp is a lot better than Facebook Messenger. As FB Messenger does not provide you with feature of any ‘end-to-end’ encryption, or any other kind of security. There is a fear of your FB ID being hacked and all your messages getting leaked but in case of WhatsApp, users need not worry about their messages getting leaked by any means. This is why WhatsApp is more trustworthy.

WhatsApp works in any kind of network range no matter if it’s 2G, 3G, Wi-Fi, or 4G. It is designed in such a way that there is a minimum or no data wastage. In case of FB Messenger, the messages will show sending error. The Messenger requires a good Internet Connection to send messages. It also uses a lot of user’s data as compared to WhatsApp. Using FB Messenger when you internet speed is low can get really annoying.

WhatsApp and FB messenger allows user to send media files. The media files include the mages, audios and videos. These apps allows user to send already captured image stored in your the Phone’s gallery and also provides you with the feature of ‘Camera Roll’. This allows you to click the live image while using your app and send to your contacts. They have made sharing media files easy among userd but the only disadvantage is that the media quality decrease. To overcome this difficulty, WhatsApp allows you to send media files in a document form.

Both of the messaging apps allows user to make audio and video calls without any calling cost. The only thing required is an Internet connection. The only difference among them is the amount of data consumed by them. For instance calling when you have low internet speed such as 2G, or 3G networks, you should prefer WhatsApp because FB Messenger requires high internet speed to make audio or video calls.

NOTE: You can also try GB WhatsApp if you want some extra features.

These are the few differences between WhatsApp messenger and FB Messenger. It is now up to you which messaging app you will prefer.

Wrap Up: The above-enlisted difference can let you chose the better app. If there are any more features that make any of these two apps better please let us know in the comment section.