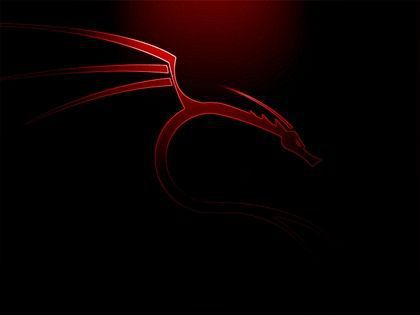 As a kid, I have thought of learning to hack, though I didn’t know ‘H’ about it. But later, I came across various facts. Hacking is not as simple as we see in the movies (it’s obvious) nor any ordinary program can do it. It requires a lot of knowledge and skills to become a professional hacker. I can’t teach you to be a pro hacker, but If you are willing to know the basic tools used to hack you can continue with this article. Here, I will tell you about 10 best Kali Linux tools to hack Wi-Fi and Web sites.

What is Kali Linux?

Kal Linux is a popular Linux based operating system. It is mostly used by hackers and penetration testers. The reason behind its popularity is the variety of inbuilt hacking tools provided to the users. These tools are used to hack into websites and private networks. However, many of the tools have become obsolete but the majority of the tools are still in good shape.

So, let’s begin with our list of 10 best Kali Linux tools to hack Wi-Fi and Web sites.

It provides a GUI interface that front-ends AirCrack to make your life bit easier. Fern-WiFi-Cracker is a Wireless security auditing and attacks software program. It is written using the Python Programming language and the Python QT GUI library. This program is able to restore as well as crack WEP/WPA/WPS keys and also allows to run other network-based attacks as well.

Hashcat is a software able to crack through any hash. It comes handy with two algorithms. One is CPU cracking, and the other one is GPU cracking. OclHashCat uses GPU cracking algorithm, as it is very fast as compared to the CPU cracking. Also, the number of cores in GPU is the lot more than that of CPU. OclHashCat uses multi-core to crack thousands of hash in a quite a time (within seconds). It can be considered useful when used with a custom wordlist or a brute force attack.

Nmap or Network Mapper is third on my list of 10 best Kali Linux tools to hack Wi-Fi and Web sites, It is a simple hacking tool that allows the user to scan a system or a network. It allows you to scan open ports, running services, NetBIOS, OS detections, and much more. Nmap uses various types of detection techniques to evade IP filter firewalls. It works on each platform and consists of both command line as well as Graphical User Interface. This is the tool that is require before you start the hacking or attacking a system or server.

Wireshark is an open source tool that is used to analyse packets as well as profiling network traffic. These tools come under the category of the network analyzer, network protocol analyzer or sniffer. It can also be used to provide the traffic details at various levels ranging from connection-level information to the bits that make up a single packet. Packet capture can be used to provide a network administrator with all the information about each individual packet. They can be transmit time, source, destination, protocol type, as well as header data. These kind of informations are useful to evaluate various security events and troubleshooting the network security devices.

BeEF stand for Browser Exploitation Framework. It is used to exploit an XSS vulnerability and it mainly focuses on client-side attacks. It works in a simple way. Once the victim accesses the XSS vulnerable site that is linked to the BeEF, the BeEF server being accessed by the attacked hooks the target browser, allowing attacker to control the victim’s browser. An attacker can do anything during that time. He/She can also install, uninstall plug-ins from victim’s browser, show pop-ups, download a malware, or redirect to rogue URL.

Reaver is the sixth best hacking tool in my list of 10 best Kali Linux tools to hack Wi-Fi and Web sites. It is, so far the most simple and the best hacking tool used for wireless penetration testing. Reaver targets the WPS enabled router and forces all the possible 6 digit combination to access the passcode to it. It can be used to crack any WiFi password within small amount of time. The time taken to hack the WiFi password depends on the WPS pin. If the target router is accessed with the default pin, Reaver can crack it within few seconds.

SET well known as Social Engineer Toolkit is a unique tool. What makes it unique is that it target the human element instead of the system element. It provides the user with the feature of sending emails, Java applets, and much more that contains the attack code. This is why, SET is used very carefully and only for ‘white-hat’ reasons. It also consists of the command-line interface and works well with each OS.

THC Hydra is a stable and fast Network Login Hacking Tool. It uses a dictionary to try various password combinations against a login page. This tool also supports a wide variety of protocols including Mail (POP3, IMAP, etc), Databases, LDAP, SMB, VNC, an SSH. It is a widely popular password cracker and consists of a highly active and experienced team.

Aircrack-ng is the best Wi-Fi hacking tool. It is an 802.11 WEP and WPA-PSK keys cracking hacking tool that can recover passwords when sufficient data packets are captured. It also executes standard FMS attack along with KoreK attacks, as well as the PTW attack to increase the effectiveness of the attack. If you know quite a few things about hacking then you can crack WEP in few minutes, but you need to be more skilled at being able to crack WPA/WPA2.

Metasploit Penetration Testing software is another popular hacking frameworks. It can be well defined as ‘collection of hacking tools and frameworks’ that can execute various tasks. This is the forte of professional cybersecurity persons as well as ethical hackers. It also provides the user with each vital information regarding known security vulnerabilities and helps to formulate penetration testing and IDS testing plans, strategies and methodologies for exploitation the victim’s system.