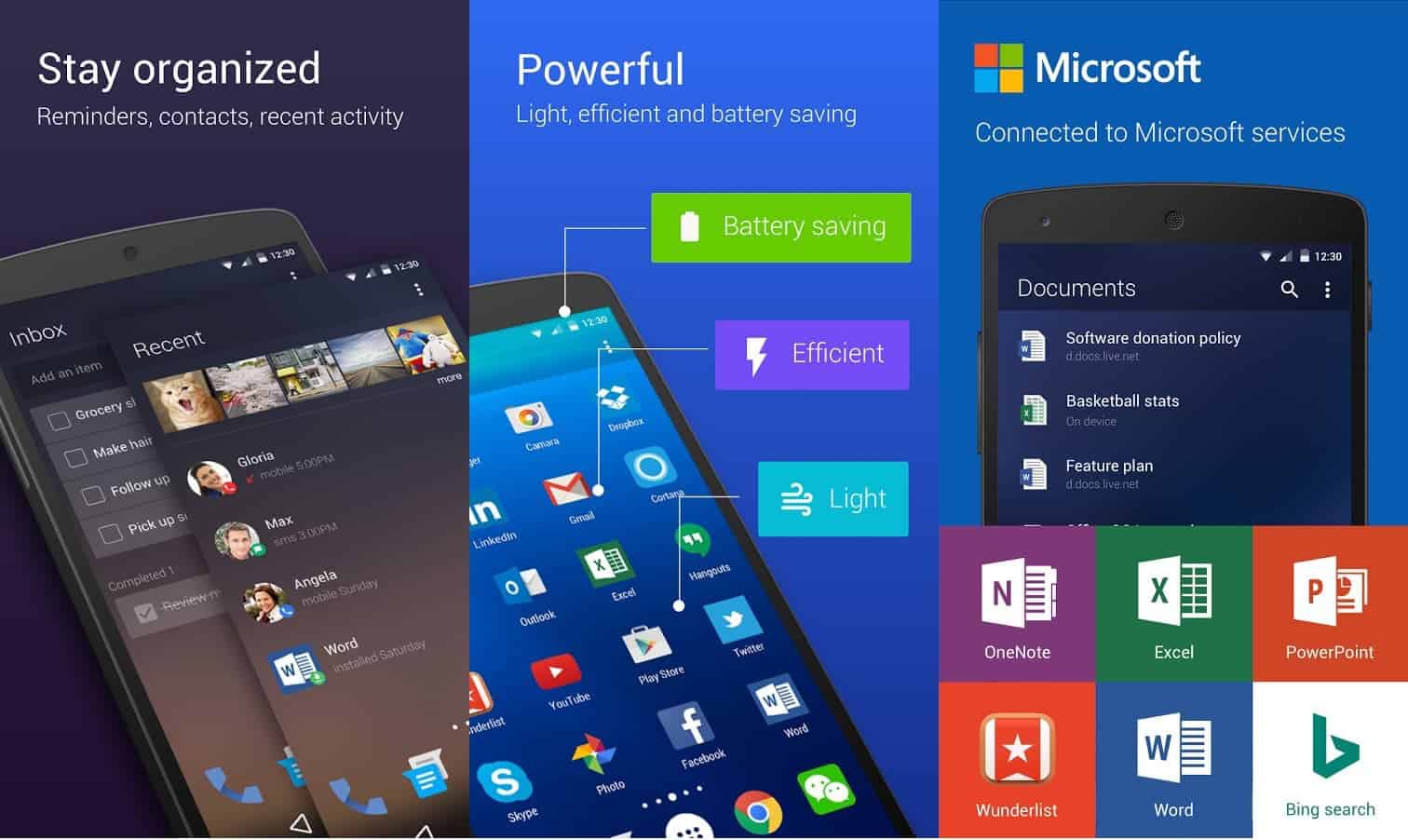 Android launchers have always been there to enhance our Android experience by providing us with various cool interfaces. Without any doubt, we can say that Android launchers provide us with a variety of new feature that helps you to customize your smartphone in the way you want. You can download them from Google Play Store or you can look for the apk on the Internet. So, here is the list of 10 Best Android Launchers in 2018.

Nova Launcher is the oldest launcher. This launcher provides your Smart Phone with the unique design and interface. You can change the interface as per your choice with the variety of range of icon packs, themes, colors, and much more. It is considered as one of the best Launchers of all time. It also provides its users with the option of backup and restores the screen layout If the user is willing to change his/her phone. The app is updated regularly removing the possibility of bugs and you are provided with new features. 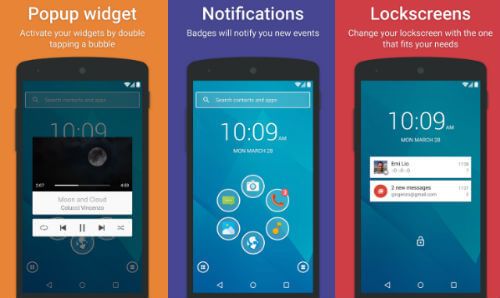 Smart Launcher 3 is famous for the layout of its Icons. This launcher changes the layout of your menu. The apps are displayed in the form of grids and appear in the form of folders. The folders are built in the way such that all apps that perform same functions are present in the same folder. This launcher also provides the user with the feature of hiding app along with the protection of security lock. Also, you can get the notification on your home screen, search bar, themes, plugin support, and much more.

TSF Launcher is one of the best launcher apps. What makes it on my top 10 list is its feature of providing the user with gesture support. The gestures make it quick for the user to surf app and it is quite fun to do that as well. This Launcher is provided with other cool features too. It provides users features like 3D animations, an unlimited clock bar, widgets, and more. This launcher is available in Google Play Store.

Yahoo Aviate launcher is one of the best launchers and also the most used launcher among all. This launcher automatically organizes all the apps in your smartphone according to functions they perform. It also includes some other customization features too. Some of the features are Smart Screen mode, the organization of Apps, weather integration, and much more.

Next Launcher 3D shell is developed by GO Dev. This Launcher provides a variety of transaction effects and various customization options to users. It also provides you with the scrollbar. The role of the scroll bar is to provide fast access to the home screen to go to the desired page immediately. Although this launcher comes with various features but the fact that this launcher is the most expensive launcher cannot be denied. Though you can download it from Google Play Store for free to experience the basic features.

Microsoft Launcher is a Microsoft Corporation production. This app used to be called as Arrow Launcher before its name was changed to Microsoft Launcher. This app was re-branded by Microsoft in 2017. The app best feature is that it provides users with Microsoft services such as Calendar, email, to-do list app, direct integration with Microsoft PCs, and much more. This launcher is really useful for those users who want to experience better integration with their PCs. There are likely to be some bugs but in near future, it will be one of the best Launcher.

Lawnchair Launcher is the Launcher that provides users with the interface of Pixel Launcher. Due to this advantage, this launcher became the most popular launcher despite being the newest launcher in the whole list. Not only Pixel launcher, it also mimics features of other launchers too. This feature includes Icon Pack support, Android Oreo shortcuts & notification dots, Gesture unlocking, Google Now Integration, adaptive icons, and various other customizations. This app Is still under beta testing however, it works almost perfectly and better than other launches. This Launcher is free and comes with ‘bo-ads’ and ‘no in-app purchases’.

Lightning Launcher is the best Launcher when it comes to amazing customization options and the scripting support. This Launcher provides users with the option of storing different screen layout and using them when required. This launcher provides users with the facility of changing the app’s interface and functioning by using JavaScript. You can find various scripts and many ways to implement them on the Internet. You need to buy this app before using it. The payment can be done in Google Play Store and you need not worry about privacy issues as payment is safe and secure. This launcher provides you with various plug-ins and language packs.

Launcher 8 is the only launcher that provides you with the interface of Windows. This is what makes it the unique launcher. Using this launcher you can give you phone Window’s look and further customize it according to your need. This launcher also comes from the oldest launcher. With time, Bugs have been fixed and all the faults are repaired by the developers. This launcher is free to download from Google Play Store

The above-mentioned apps can be downloaded from the Google Play Store for free. But you will only be provided with the basic features. To experience all the functions of these you need to buy them.