eSIM – The SIM card of your future mobile phones. Why it’s important to you? 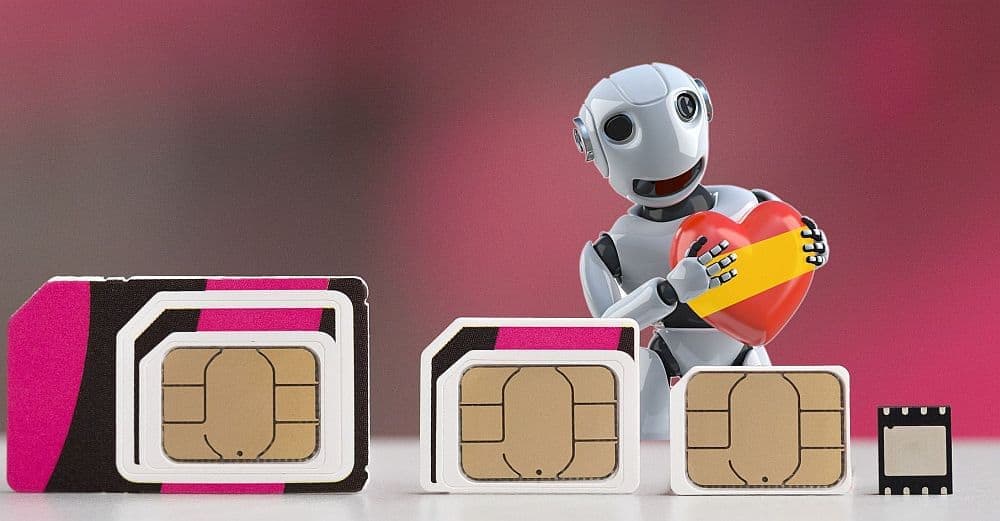 Home > Off Topic > eSIM – The SIM card of your future mobile phones. Why it’s important to you?

SIM (Subscriber Identity Module) card’s last 27 years of history has it made small in every iterative version. e-SIM is next on the line with the difference. ‘e’ in eSIM stands for ’embedded’. This means the SIM of the future is not going to be sold as a separate entity for phones. These eSIMs are going to be embedded to the motherboard of the mobile phones.  So the future SIMs are permanently wired or soldered to the phones. In short, it is permanently not removable.

Size of the SIM along the history path

Though it is not removable, it is configurable. If you know how a SIM works, then skip the next two paragraphs. The need of the SIM is to store the identity information of the subscriber. But the SIM only has it’s own identity information and other network configured information. (You may have seen those 20 digit number on the SIM cards, which uniquely identifies the SIM.)

Once you get the SIM from an operator, the SIM’s identity is now assigned with the phone/cell number. As the SIM has the configuration information (which is pre-configured by operators) it tells the mobile phone to connect to the cell towers of its operator with a particular identity. So whenever you want to move from one operator to another without changing your phone number (called as ‘porting’) your new SIM has new identity information which will be assigned to your porting phone number. This SIM’s identity information helps the network to find out who you are among the millions of others connected to the same network.

In October 2013, the operators’ trade body, the GSMA, revealed it was developing a new kind of SIM that could be soldered in place and then programmed to connect to a chosen carrier remotely. The idea is, instead of swapping SIM cards, why not swap the identities. The SIM (identity) doesn’t need to be changed for mobile phones as it is fixed permanently. Instead, this eSIM (reprogrammable) can be configured to connect any carrier by configuring it accordingly. When you change your phone, the same happens. Your new phone’s eSIM is configured over-the-air by the network operator.

The eSIM/Embedded SIM, or as it’s more formally known, embedded Universal Integrated Circuit Card (eUICC), is smaller again at 5 mm in length and 5 mm in width and is soldered onto a device’s motherboard at the point of manufacturing while having the same functionality as a removable SIM.

There are few products like Apple’s Watch (series 3), Samsung Gear S2 and recently launched Pixel 2 phones by Google has already adopted the technology. Soon other top-tier products will adopt this eSIM followed by others. There are approximately 60+ operators all over the world which has to agree to this new transition to adopt the technology unanimously. There are few operators supporting the concept of eSIM, thus activating the SIM through apps.

Sample Procedure to activate eSIM on a Smart Watch

The future of connectivity extends its hands to IoT (Internet of Things). Mobile operators are going to support the extended devices like smartwatches, electronic devices, smart home devices, even car’s infotainment systems. Anything connects to the cell network needs an identity right?

Removing the SIM slot from any modern phone saves lots of precious space in designing a slim phone. There’s a great reduction in circuitry and SIM trays on the motherboard/SoCs. These new embedded SIMs can withstand a major amount of abuse like heat, pressure and water resistance. Again, eSIM is not software based, it’s a physical entity.

Again, eSIM is not software based, it’s a physical entity. So hacking it is nearly impossible. But, the operators have to worry about the exchange of SIM config data between them and the phone. Encryption is another possibility to avoid the tampering of configuration data in transmission.

Hereafter cell phone operators don’t have to worry about manufacturing the SIM cards and distributing them to customers. Customers are free from swapping their SIM cards everytime they want to change for another network. The peril of porting the phone number from one network to another will be drastically reduced.

Soon. Even though phones and devices with eSIM can be found easily in upcoming months, it will take another 3 to 5 years for all the other old devices that support SIM to go off from the usage. Slowly new phones with the dual support for conventional SIM and eSIM introduced to the market and eventually supporting only for eSIM. Meanwhile, we can expect the huge number of IoTs supporting eSIM released in the market.  Let’s see…..